The rules of our Five Questions interview series are simple: we send each of our guests a long list of questions. Some are serious; some are . . . not so serious. They choose their favorites and respond.

Our guest today is Marc Harshman, author of One Big Family and the poet laureate of West Virginia since 2012.

1. What’s the story behind One Big Family?

Curiously, perhaps, my family rarely had “one big family” reunion as portrayed here, but my family did love to get together and do many of the activities young readers will find in this book. I think I was feeding off a large and happy collective body of memories as I tried to see the stanzas that would eventually comprise One Big Family. It’s just that most of our reunions were not called reunions. They were simply family get-togethers, often large gatherings with not only grandparents, but aunts, uncles, cousins, and family friends.

Sometimes, like at Uncle Bob and Aunt Jenny’s, the gathering would include boating on a lake and fishing. At my Harshman grandparents, the gathering might include a walk in or along the woods to find black raspberries, wild strawberries, or in spring the morel mushrooms we called sponges.

One common thread for all these gatherings, and the most important one, is that there was always story-telling. Not formal story-telling, mind you, but the wondrous everyday kind. I might listen one evening and hear about feats of daring that such and so had done back in the hard times. Or I might hear every detail imaginable regarding Aunt Edith’s favorite recipe. Or maybe, simply, how big that fish was that someone now long forgotten had caught in the Mississinewa River. They were rich times, these informal reunions, and I like to think that richness is celebrated in One Big Family.

2. What are your thoughts on Sara Palacios’s illustrations for the book?

Well, they are, frankly, marvelous. I could not be more pleased. It is a simple text and the illustrations may seem similarly “simple,” but to my untrained eyes they are far, far from simple. I don’t know how she did it, but Sara perfectly captures the spirit of my story, which is always my fondest hope for any illustrations for my books: that the illustrator connect with the spirit of the story. Sara Palacios has certainly done that here. There is a certain joie de vivre lifting from every page, every sweet, little, crooked smile. A thousand kudos to Sara!

3. What are you reading now?

Every year or so I try to re-read at least one of the classics: a Greek play, Shakespeare, Austen, and on and on. I’ve just finished re-reading Dickens’ Dombey and Son, which moved me as much as I remember it had in the past. That’s not always the case; frequently, yes, but not always. Likewise, I try to re-read one of the modern classics like Virginia Woolf, Joyce, Faulkner, and again, on and on.

Not surprisingly I’m always reading poetry, and to mention particular poets here would fill pages. Answering, perhaps, two questions at once, however, there are poets who have profoundly affected my work, all my work. Although its influence on my children’s books would be harder to trace, I have no doubt these poets’ influences are there, too, because their work has simply colored my soul; it’s become a permanent part of who I am. Those poets include James Wright, who grew up in Martins Ferry, Ohio, across the river from where I live now in Wheeling, West Virginia. Gael Turnbull, a wonderful wordsmith, who was also a friend, but is little known outside of the Commonwealth countries. The French poet Jean Follain played a large part in prompting the profusion of prose poems I’ve written the past twenty years. William Bronk also played a role in this latter endeavor. And though I am rarely so succinct, I have been under the spell of Lorine Niedecker ever since first encountering her work in the Asphodel Book Shop whose proprietor, Jim Lowell, though not a poet himself, remains my most significant mentor.

4. What were your favorite books when you were a young reader?

The brilliant and handsome full-color illustrations that have graced my books were simply unheard of when I was a boy. It didn’t mean, however, that I liked reading any less — I devoured every book I could get my hands on. That once a week trip to town for groceries from the farm was always a trip to the little Carnegie Library in Union City, Indiana, where I would read nearly every book in its lovely children’s section. Dr. Seuss was still new in my boyhood and I loved his books as children still do. My favorite somehow was On Beyond Zebra, which would have been new just as I was becoming an independent reader. I remember as well the day when I felt as if I’d read most of what I wanted from the children’s room, and my father took me by the hand up to the adult section and introduced me to some of the adventure stories he still enjoyed reading and which he thought I’d like as well. The swashbuckling stories of Rafael Sabatini including Captain Blood, Alexandre Dumas, a few westerns, and even the then contemporary author, Alistair MacLean would fill many of my days as a budding adolescent. It wasn’t long, though, until I would return to titles that cross the adult/child boundary, the fantasies of Tolkien, Lord Dunsany, William Morris, and many others.

5. What books did you make a point of reading to your daughter when she was young? 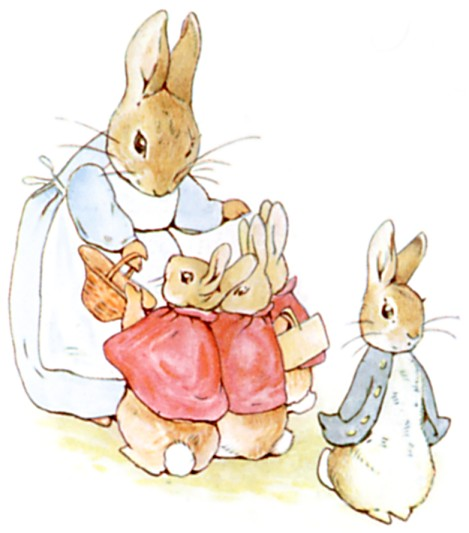 I love remembering the books I read to my daughter, Sarah, when she was young. She was barely an hour old when I read her Beatrix Potter’s Peter Rabbit as her mother lay nearby after an emergency delivery. A little later I would read to her Jan Brett, Sendak, the Lobels, Jill Barklem’s Brambly Hedge series, Graham Oakley, and lastly books by our colleague and friend, Cynthia Rylant. And though I didn’t read The Lion, the Witch, and the Wardrobe to Sarah, I have a story about when she came to read it that’s worth sharing. She already knew that I loved reading it to my fifth and sixth graders, but she had not read it herself until one glorious summer we found ourselves on holiday in the village of Portesham in Dorset, England. We were staying in a 18th Century stone house facing a little street with a stream and thatched cottages beyond. And our hostess, bless her heart, had left out a little basket of children’s books, and the next thing I knew, on a drippy day in June, there was Sarah, sitting on this amazingly broad window sill, in this old house, and reading there the first volume of C. S. Lewis’s masterpiece.