I have a chili recipe that has magical powers.

Stay with me while I back up for a second.

One of my favorite books is Grandpa’s Soup. It has a kind of Stone Soup folktale quality, but it’s more sincere and heartwarming. Grandpa is grieving the loss of Grandma, and to cheer himself up, he decides to make a small pot of her favorite soup. As he’s making it, the smell attracts three mice, so Grandpa sets out a saucer of soup for each.

The next day, he makes a bigger pot, and a cat follows the mice into the kitchen (luckily for the mice, the cat prefers Grandpa’s soup too). The next day he makes an even bigger pot, and a dog comes looking for a meal. And then suddenly he’s using his largest pot to feed all the animals and neighborhood kids. Grandpa isn’t alone anymore.

As realistically improbable as this story is, it hits close to home for me. I’ve lived alone for several years now, and while it definitely has its perks, I’d be lying if I said it doesn’t get lonely sometimes. 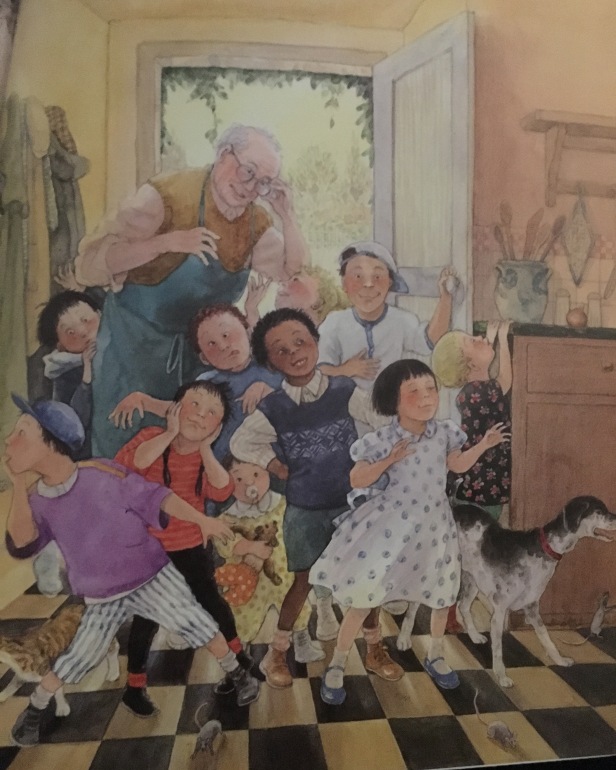 Okay, back to the magical chili. I have this awesome recipe for white chicken chili, and every once in a while, I’ll suddenly feel compelled to make it. The thing is, this recipe can easily feed at least twelve people. And I never make it when I’m actually planning on having people over for dinner. (That would just be too logical, I guess.)

And yet, I have always ended up sharing my chili.

The first time I made this chili, I was overwhelmed by the sheer volume the recipe produced. After eating what I could (I’ll admit, I ate a lot), I spent the rest of the night clearing out my freezer to try and make room for the leftovers. By then it was so late that I just shoved the giant pot in my fridge to deal with in the morning.

But the very next day, my parents drove into town to surprise me. They were going to take me out to dinner, but instead, I pulled out the massive pot and said, “Actually, I think I have dinner covered.”

The next time I made the chili was the night before my birthday. I didn’t have any plans for my birthday, so I thought I’d make something with a ton of leftovers so I wouldn’t have to cook. But it turned out my friends had planned a surprise party for me (it suddenly made sense why all of them “had plans” that day). I had miraculously made enough for everyone to have a bowl of chili, plus seconds.

This morning, I woke up early and threw the chili ingredients together before I left for work. Two hours into the workday, Ahna texted me saying she was sick. In case you’ve never seen a Coffee Break episode, you should know that Ahna is my work wife and I love her. So I texted her back and said “Want me to bring you some chili?” She responded in the affirmative.

And now I firmly believe that the idea in Grandpa’s Soup is true: if you make it, they will come. If you approach the world with an open heart (or an open kitchen), friends will find you. And you will suddenly have a lot more dishes to do, but it’s always, always worth it.

And, because it seems unfair to talk about food for this long without sharing recipes, here is the recipe for Grandpa’s soup and the recipe for my white chicken chili, which I am renaming The Chili of Friendship.

The Chili of Friendship

DIRECTIONS
Place chicken in a 4-quart slow cooker. Top with beans and corn.
In a bowl, combine taco seasoning, chilies, soup, and chicken broth. Pour over top of the ingredients in the crockpot.
Cover and cook on low for 8 to 10 hours.
Before serving, stir with a fork to break up chicken, then stir in the sour cream.
Serve topped with green onions and cheese, if desired.

One thought on “Katherine’s Chili of Friendship”