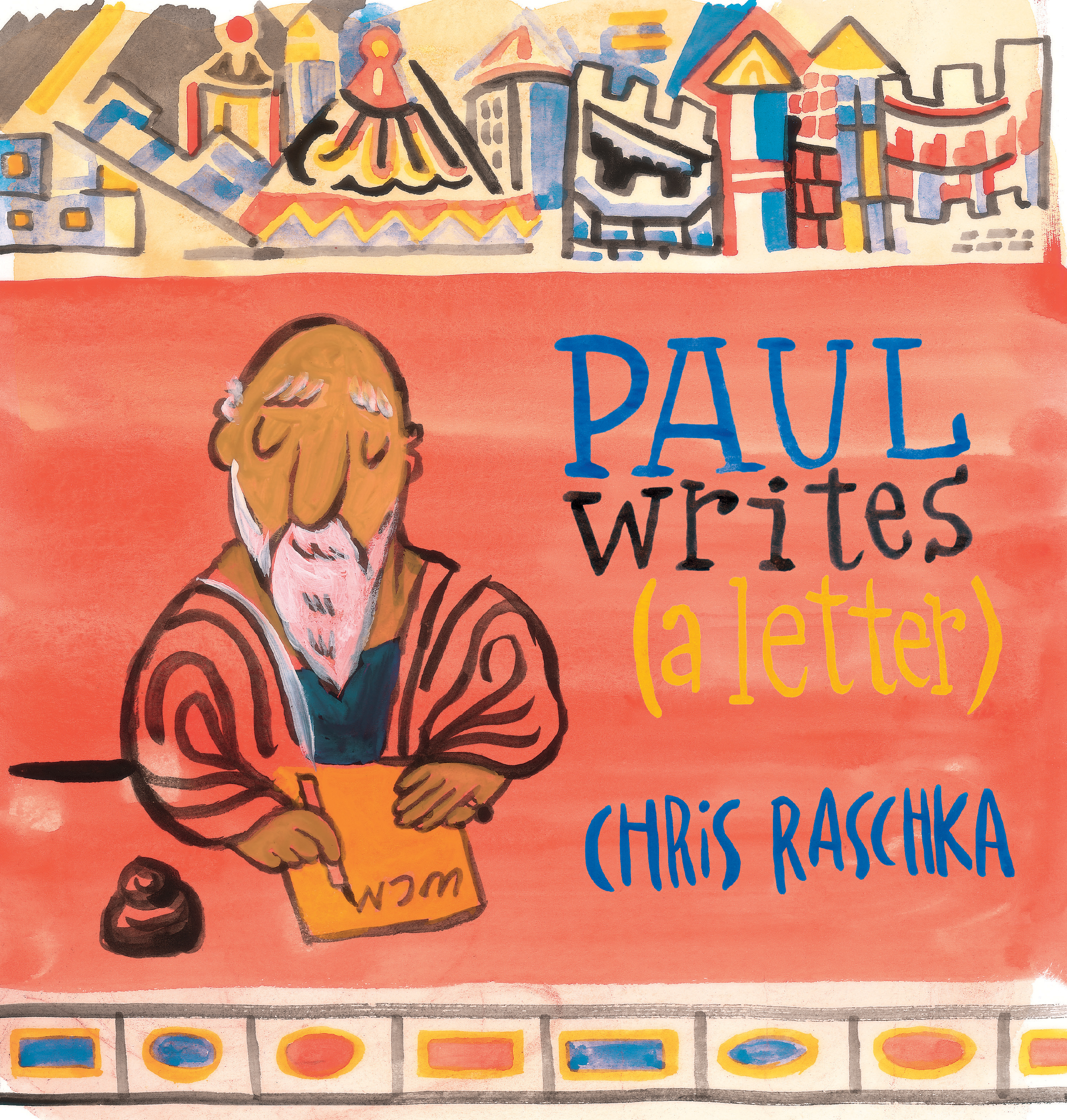 A charming introduction to Saint Paul and his epistles

Caldecott Medal-winner Chris Raschka breathes new life into the letters of Paul the Apostle with this inviting book.

Paul Writes (a Letter) celebrates how one of the most beloved biblical figures changed the world through the written word.

Chris Raschka on Relating to the Apostle Paul

Chris Raschka on His Creative Process

Publishers Weekly (STARRED review)
“With depth, [Raschka] teases out the most important parts of the apostle’s teachings. . . . Both those intimidated by and those appreciative of formal biblical prose will find Raschka’s version moving, real, and full of humanity.”

Kirkus
“This visually appealing introduction to Paul and his writing can serve as a useful starting point to help young readers understand a key figure in the spread of Christianity.”

Wall Street Journal
“In Mr. Raschka’s excerpts from the Pauline missives, he captures the famous convert’s mingling of the personal and the theological using informal, even playful language. . . . ‘Don’t be ashamed of what you believe in,’ Paul writes to Timothy, in this gentle, engaging book for 6- to 8-year-olds. ‘It has been difficult for me too, and now I am a prisoner in Rome.’”

Purchase Paul Writes (a Letter) at Amazon, Christianbook.com, or your local independent bookstore.