Ho there, my fellow #SummerReadTrip journeymen! Pause here with me a short while and let us rest together, now that I have completed the first portion of my quest.

And what a portion it was! It feels as though I’ve already completed an entire quest, having traversed Pilgrim’s Progress (as retold by Gary D. Schmidt). But of course, that was a requirement of the great #SummerReadTrip: Read a book about a journey.

I don’t know about you, fellow travelers, but I have never yet read the original Pilgrim’s Progress by John Bunyan. I cannot, therefore, discuss how Gary Schmidt’s retelling differs, though I can affirm that this rollicking read is a great way to become acquainted with the classic story. Schmidt brings to life all of the demons, giants, and other ferocious creatures Christian battles on his quest for the Celestial City, which in its turn glimmers with heavenly glory.

A recent encounter with a passing wayfarer reveals much about the average person’s response to medieval allegories and to a favorite local author: Upon seeing the book in my pack, she asked skeptically, “Pilgrim’s Progress, eh?”

“Oh! Well, that must be fanTAStic! Everything Gary does is excellent.”

Along my journey I passed fascinating landmarks which I recorded in my travel log — notes which I share right gladly with you, my fellow wayfarers.

Some were wise reminders for each new day:

“A new miracle every day, no less a miracle because it is expected.” #PilgrimsProgress #SummerReadTrip pic.twitter.com/GaLvfOOrFM

And some were surprise encounters with familiar faces:

(Mayhap Tolkien’s Galadriel was at least partially modeled after Bunyan’s Discretion. Or maybe Schmidt and his trusty artistic collaborator Barry Moser simply wanted her to seem that way?)

But enough with looking back. We have a quest to finish! Let us instead look forward to what is next: reading through Michigan, my home state.

Unsure of where to begin, I called for aid.

Hey, @grpl! Any recommendations for a children’s/middle reader/ya book that takes place in Michigan? I’m planning a #summerreadtrip!

I began tracking the many suggestions I received in order to find the perfect fit for my quest, but soon circumstances showed me clearly which book was for me. Potawatomi Indian Summer, by E. William Oldenburg, was suggested by a wise 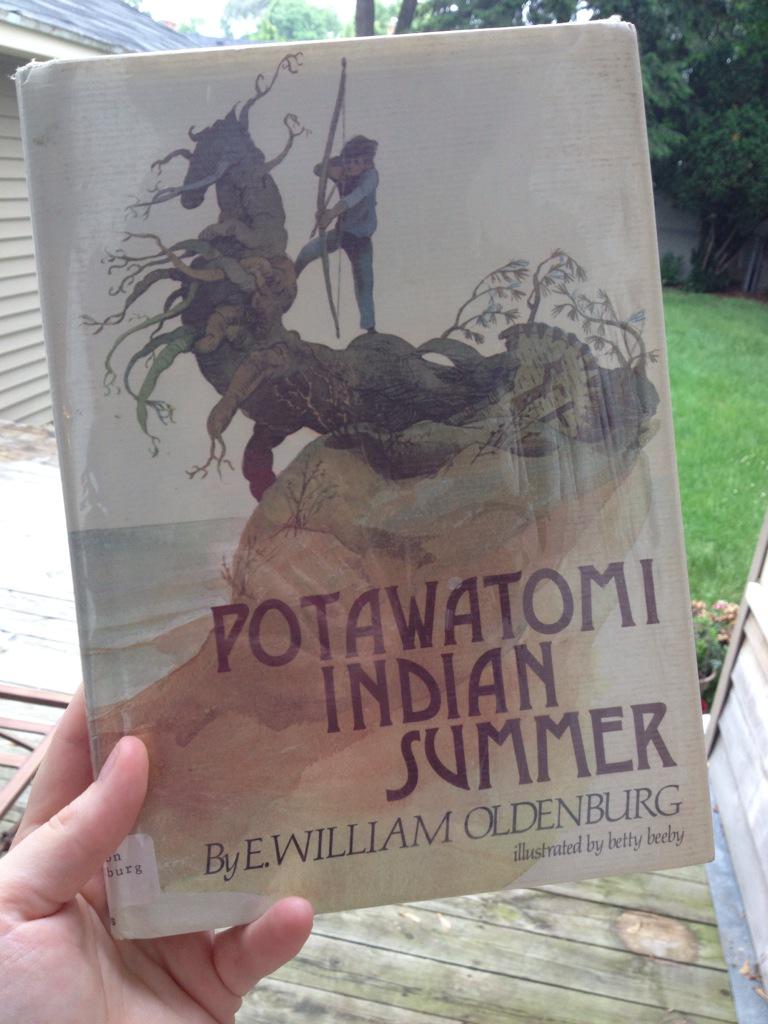 librarian who didn’t even know that I am employed by Eerdmans, the publisher of this out-of-print relic. Not only did the story seem to me fascinating (six children exploring a Grand Haven dune are sent back in time to when the Potawatomi tribe ruled the Michigan coast), but the one copy owned by the library was at my local branch, a short walk from my home. My decision was thus made easily.

And now, my fellow travelers, the time to linger in this place is over. We must move on. We have seen what can happen on a journey — battles and all — and so we must gather our courage and venture forth. I shall be in Michigan; where will your adventure take you? I would be glad to hear of it.

One thought on “#SummerReadTrip Tidings: Gary Schmidt and Pilgrim’s Progress”