Who doesn’t love a good mystery book, right? There are so many fantastic mystery and suspense titles out there by a diverse mix of authors and illustrators. We put together a list of five fantastic mysteries that will keep your children reading all summer long.

Attack of the Turtle

It’s 1776, and the Revolutionary War is raging. Fourteen-year-old Nathan Wade is a patriot, but he’s too young to join the fight. Then his cousin David Bushnell comes to town with a secret. David has designed a water machine that can explode bombs underwater. And his mission is to launch it against the British warships in New York harbor.

Nate reluctantly agrees to help David build the weapon of war — dubbed the American Turtle. Although he’s terrified of water and worried about getting caught, when unlikely circumstances put Nate at the center of the action, he must face the murky waters of his fears head-on.

Based on actual historical events, this adventure story captures the drama of the first submarine used in naval warfare and the struggles of a teenager overcoming self-doubt. 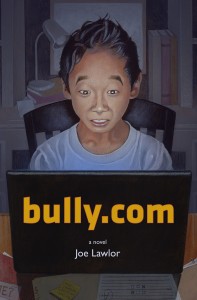 Seventh grader Jun Li is a brilliant student, more comfortable around computers than people. But his world turns upside down when the principal accuses him of a cyberbullying incident. To prove his innocence, Jun has seven days to track down the true culprit.

Jun’s investigation will bring him face-to-face with computer hackers, a jealous boyfriend, and more than one student who has been a victim of bullying. But he discovers along the way that everyone’s story is more complicated than it seems — and that the people he meets might have more in common than they think.

The Enemy Has a Face

Fourteen-year-old Netta Hofman wakes one morning to find that her older brother did not come home the night before. Having just moved from Israel to Los Angeles, the family of seventeen-year-old Adam is stunned and baffled by his disappearance. Adam has not had time to make many friends yet, and he has always been responsible, the last person who would leave home without a word.

Netta and her parents desperately seek answers to Adam’s disappearance. Could he have run away with a girl he met on-line? Was he abducted for ransom? Or, is it possible that Palestinian terrorism is to blame — revenge for his Israeli father’s work?

When Netta makes a new and unlikely friend at school, an Arab boy named Laith, she begins addressing issues of prejudice — her classmates prejudice against foreign students, her own prejudice against Palestinians, and her family’s growing suspicion that Palestinian hatred of Israelis is behind Adam’s disappearance.

In this thoughtful and suspenseful book, Gloria Miklowitz explores issues of Middle Eastern relationships through the eyes of young people on both sides of the age-old conflict. The surprising conclusion to the novel will leave readers with a renewed understanding of other people’s needs, fears, and beliefs. 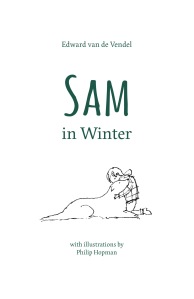 Sam, the mysterious dog Kix met last summer, is now a part of the family. But Sam has been acting strange lately, and even Kix can’t ignore the fact that his beloved dog is getting old. Still, Kix isn’t worried—until the day Sam disappears and doesn’t return.

As winter sets in, Kix becomes desperate to find Sam, so desperate that he decides to turn to an old enemy for help. Will they be able to rescue Sam before it’s too late?

Edward van de Vendel once again delivers a deeply affecting story that will stay with readers long after they turn the final page.

Secrets in the House of Delgado

In 1492 people of the Jewish faith were leaving Spain by the thousands. Not even the Conversos, those who had converted to the Catholic faith, were safe. Inquisitors sought out heretics and encouraged informers to report anyone who might not be a “pure” Catholic. Those accused were then questioned and tortured. Many confessed to anything that would stop theirtorture. Those declared “guilty” could be burned at the stake.

In this atmosphere of uncertainty and terror, fourteen-year- old Maria finds herself alone and homeless. The Church assistsMaria by offering her the opportunity to work for the Delgados, a wealthy Converso family. But the church also asks something ofher in return . . .

Secrets in the House of Delgado confronts issues of faith and bigotry, while wrestling with questions of loyalty, betrayal,and the secrets that may lie in every human heart.